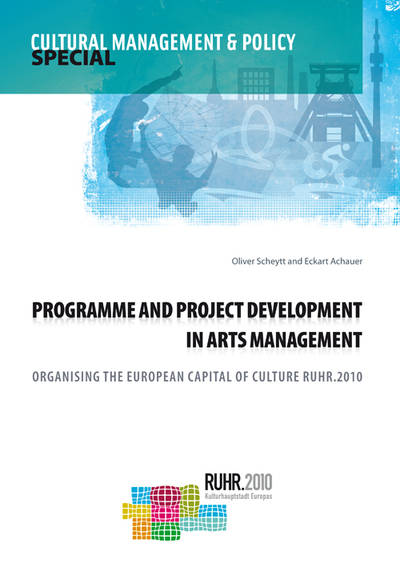 The respective coauthors are named in their respective chapters. What has been important for the authors was not simply to describe the setting-up of an organisation or the structure of a cultural undertaking (see chapter C), but to also reflect on the various processes that are of considerable significance for a cultural undertaking’s programme and project management (compare chapters B and D). A Capital of Culture’s organisation, like any other cultural undertaking, has many interfaces to cultural players, agencies, partner organisations and consultants. Accordingly, the book explains in detail how to organize a transfer of know-how, how to recruit qualified personnel and how to accurately and efficiently assign an agency (chapter E). Finally, the “Cultural Governance” has a substantial function within decision-making and network management (chapter F).